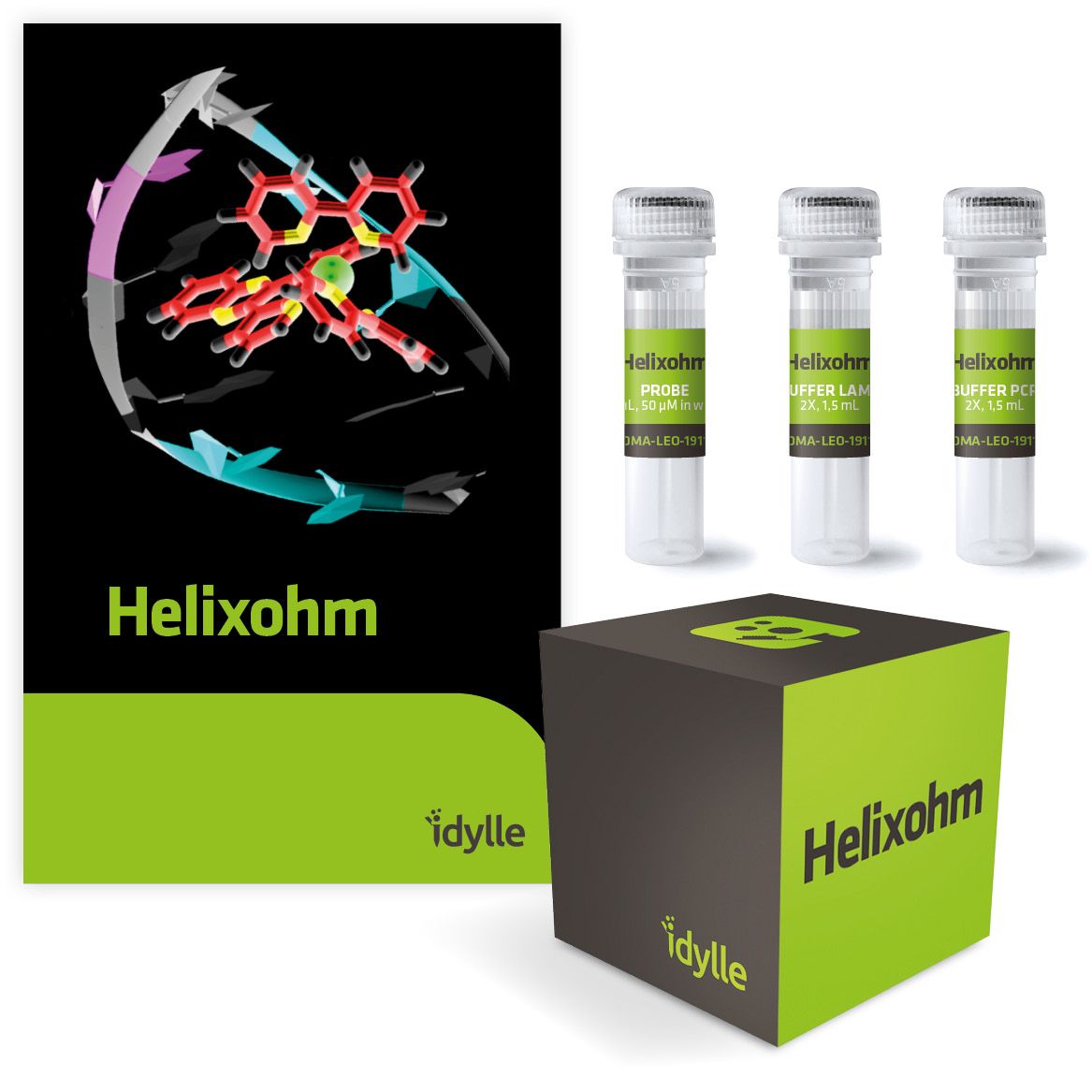 Helixohm probes are extremely stable electroactive compounds used as molecular probes for the detection of nucleic acids in molecular biology. They consist in a range of probes with different standard electroactive potentials.


How to use it? Check our simplified protocol
Why we chose it? Learn about the story of Helixohm and us
TO THE SHOP 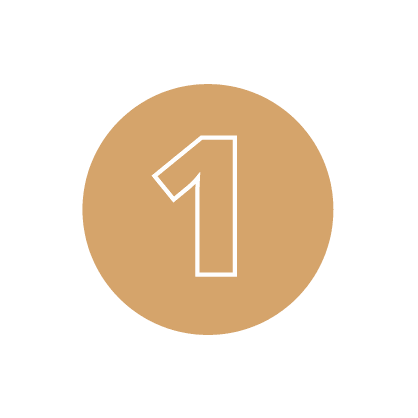 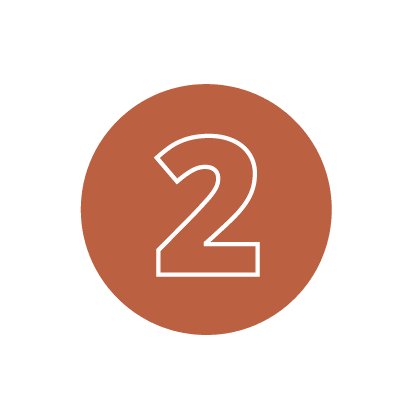 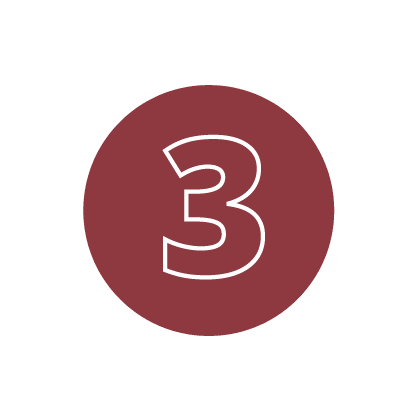 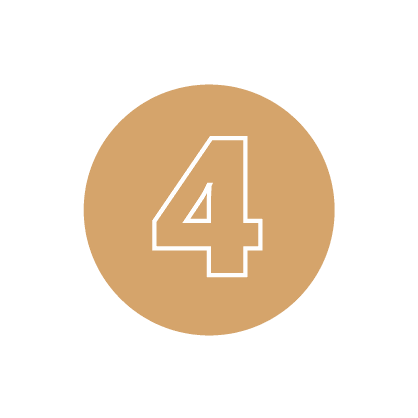 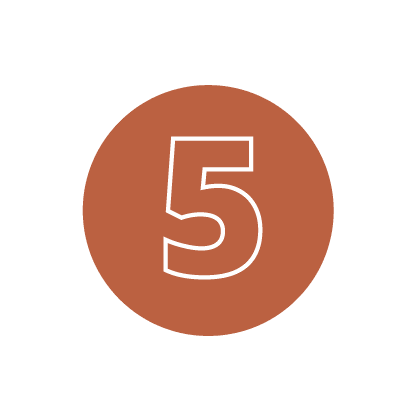 LEox technology can be used in a turbid environment and raw samples (like saliva, urine, sweat, etc.) and in the presence of fluorescence inhibitors 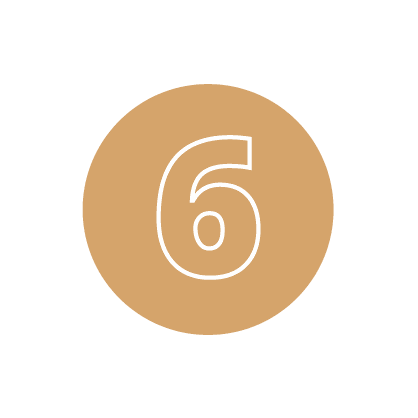 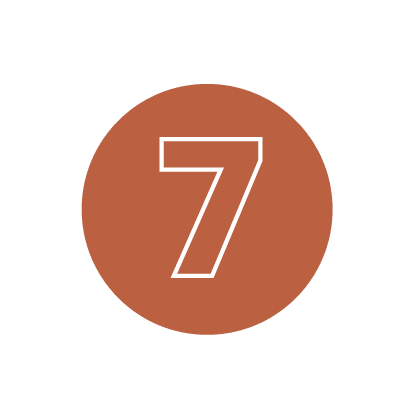 Electroactive but no fluorescent properties reported to date 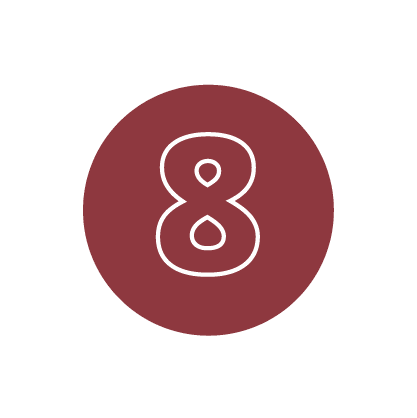 Applications
Combined with in-vitro gene amplification, LEO probes allow indirect electrochemical detection of DNA at subattomolar concentrations - a few DNA - copies. Combined with a melting curve, LEO probes allow to differentiate two different amplified DNA strands by a single nucleic base pair. Since the LEO probe is an electroactive molecule, its concentration, free in solution or bound to double-stranded DNA, is measured by an electrochemical measurement, usually square wave voltammetry. 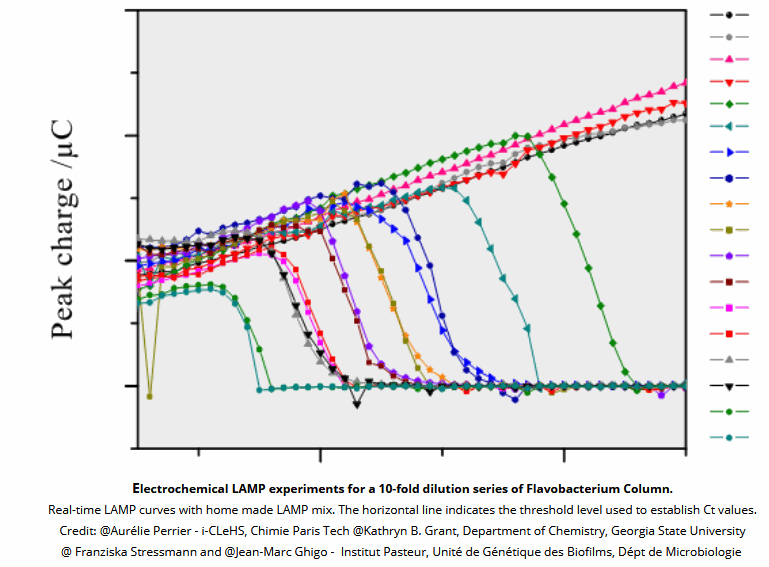 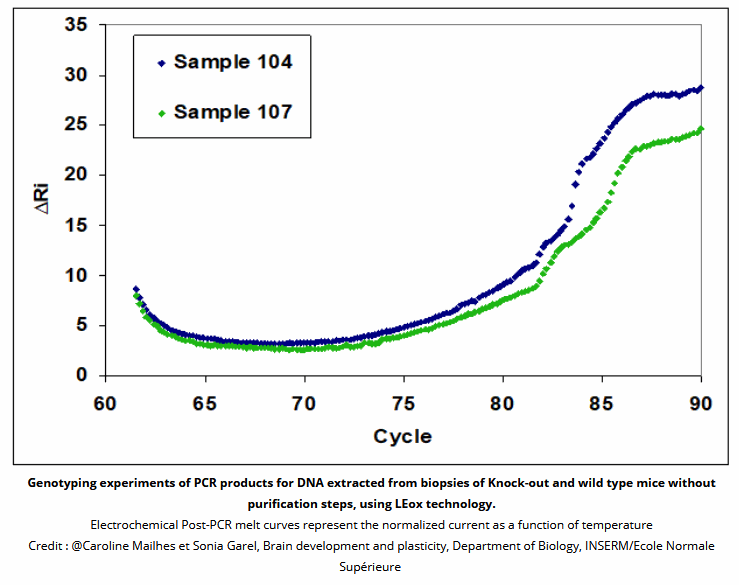 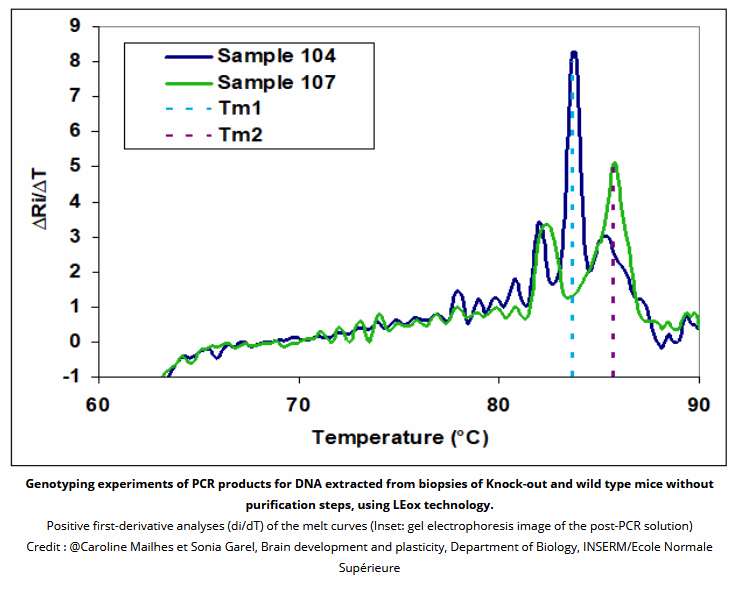 Helixohm is stable for years at room temperature

. PCR reaction
Electrochemical PCR experiments were performed in 1X LEOx buffer for PCR, 1X LEOx (0.5µM), 200 µM of each dNTPs, 1.25 U HotStarTaq Plus DNA polymerase (0.025 U.µL-1), 200 nM of each primer, and different amount of DNA target. Real-time electrochemical monitoring of PCR reactions was performed in a 50 µL electrochemical cell under controlled temperature conditions. The PCR reactions were run at 93°C for 15 min, followed by 50 cycles at 93°C for 90 s, 60°C for 150 s, and 72°C for 30 s. The electrochemical wells was scanned by square wave voltammetry (SWV) at the end of the elongation step (i.e., at 72°C) of each PCR cycle at a maximal sampling rate of 0.3 Hz. The SWV parameters were 50 Hz frequency, 40 mV half wave amplitude and 1 mV potential step, while the scanned potential windows were from 400 to 900 mV (vs. silver pseudo reference electrode). The SWV peak current of each scan was baseline-corrected and integrated, and the peak charge reported as a function of the PCR cycle number. The resulting amplification curves were corrected from the signal drift observed in the absence of specific signal decrease by, for example, subtracting a least-square fitted line across the first cycles and then offsetting the data sets to align the value of these corrected cycles. Melt curve analysis was run immediately after the PCR amplification, starting with a denaturation step at 93°C for 90 s followed then by a cooling step at 50°C for 5 min, and next 1°C.min-1 linear ramp of temperature (from 60°C to 92°C) during which SWV scans were recorded every 0.5°C (using the same SWV parameters than during PCR). The resulting SWV peak charges were reported as a function of the temperature.

. LAMP reaction
Electrochemical LAMP experiments were performed in 1X LEOx buffer for LAMP, 1X LEOx (0.5µM), 400 µM of each dNTPs, 1.6 μM of each of the BIP and FIP primers, 0.8 μM of each of the LB and LF primers, 0.4 μM of each of the B3 and F3 primers, 0.32 U of Bst 2 WarmStart DNA polymerase, and different amount of DNA target. Real-time electrochemical monitoring of LAMP reactions was performed in a 50 µL electrochemical cell under controlled temperature conditions. LAMP reaction mixes were maintained at 65 °C while the square wave voltammetric (SWV) responses of cell were recorded at a suitable sampling rate (every 40 s) to get a sufficiently well-resolved evolution of the signal. Melt curve analysis was performed immediately following each LAMP reaction by applying a linear ramp of temperature to electrochemical cell, starting from a cooling step at 50 °C for 1 min followed by a continuous rise of temperature up to 91 °C at a ramp rate of a 1.1 °C min. During the continuous increase of temperature, SWV signals were acquired every 13 s. Each SWV peak was automatically baseline- corrected and integrated, and the resulting peak charge then reported as a function of either time or temperature.

. General electrochemical protocol
Any potentiostat suitable for voltammetry (range nA to µA) and ideally for square wave voltammetry is appropriate. It is recommended to use screen-printed carbon electrode (see list above) to obtain (i) the best signal-to-noise ratio and (ii) to work at low volumes (<50µL). It is recommended to use the LEOx probe in a concentration between 0.5µM and 5µM in aqueous solution with an electrolytic support (KCl, Phosphate, Trizma buffer). The LEOx probe is naturally in oxidized state with a standard potential of 0.65 V/SCE.

We designed LEox with the idea of simplifying the detection of DNA from a biological target by combining robust and inexpensive electrochemical detection with in vitro DNA amplification. LEox is an intercalating electrochemical DNA probe with a potential suitable for measurement in aqueous media (E0 = 0.65 V vs. Ag/AgCl) and a high DNA affinity constant (Kb,60°C = 4.105 M-1). It can detect any double-stranded DNA fragment at sub-micromolar concentrations. We hope you will enjoy these probes as much as we did during their development! 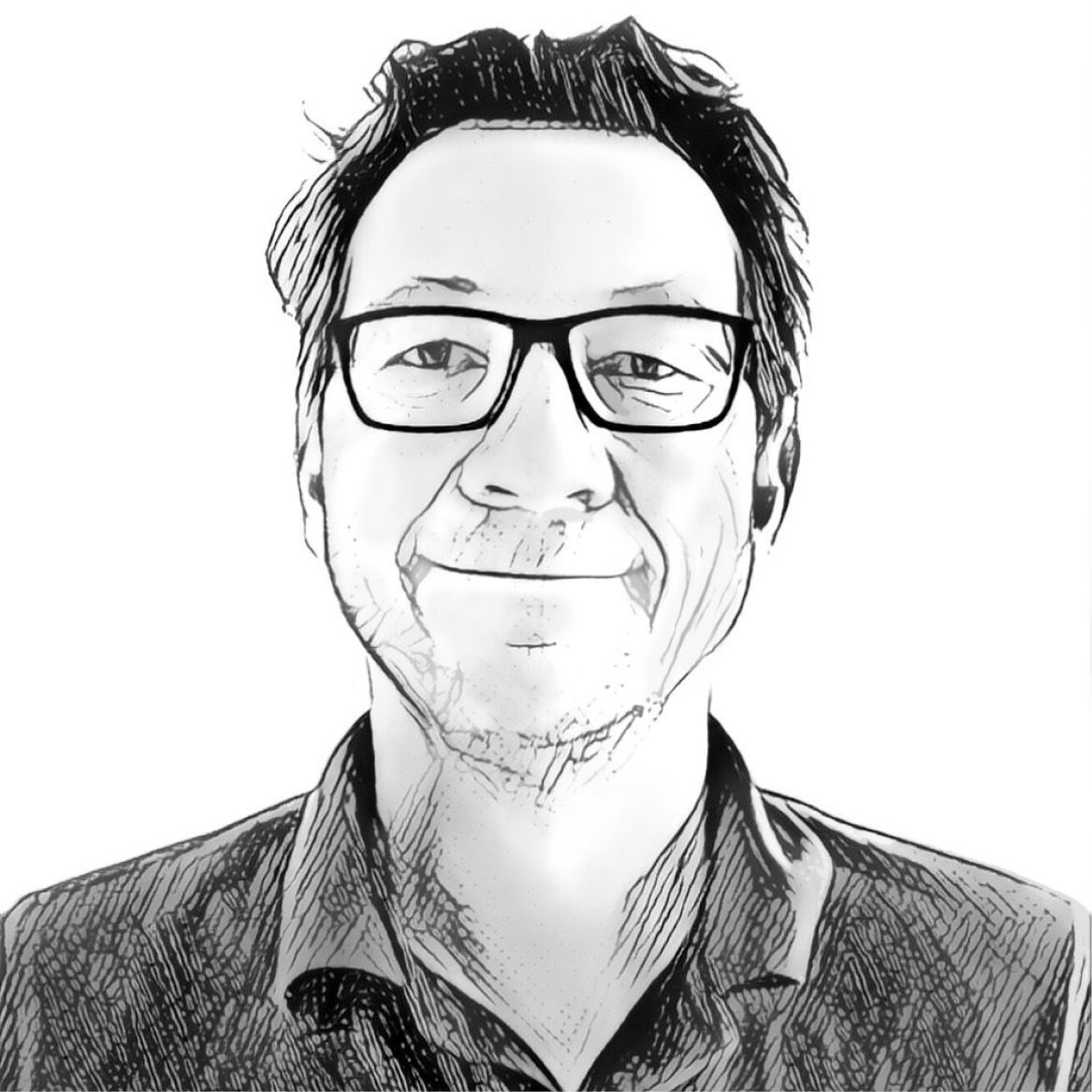